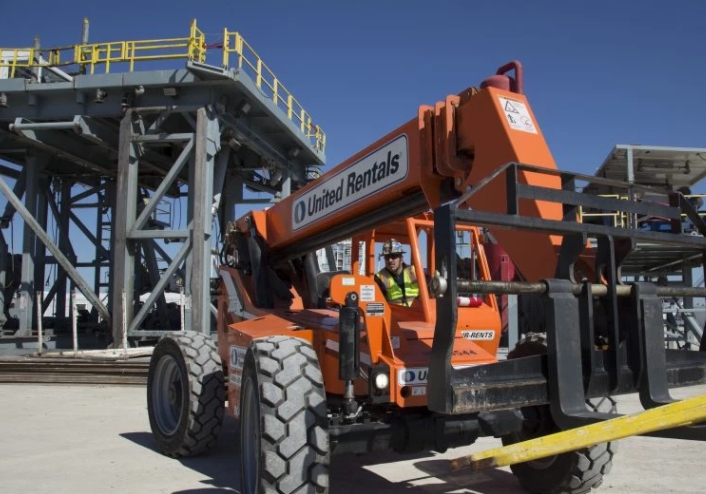 The company noted, however, that trends improved through the quarter with original-equipment-cost-on-rent at the end of June “almost 14 percent above its April trough.”

“We’re pleased with our second quarter results, which reflect both the flexibility and resiliency of our business model,” says Matthew Flannery, chief executive officer of United Rentals. “Our employees did an outstanding job of executing our cost initiatives, while helping our customers operate safely in the midst of the pandemic.”

Flannery continues: “We saw a steady recovery in volume beginning in mid-April, which gave us good momentum into the start of our busy season. While visibility is still limited, near-term indicators suggest that the second half of 2020 may track to seasonal patterns in the majority of our markets.”

United Rentals adjusted its 2020 guidance with this report, saying it expects total revenues to land between $9.15 billion to $9.45 billion, in comparison with the prior outlook of $9.15 billion to 9.55 billion.

The company also says it expects its net rental capital expenditures to be between $1.3 billion to $1.4 billion, after gross purchases of $2.05 billion to $2.15 billion.